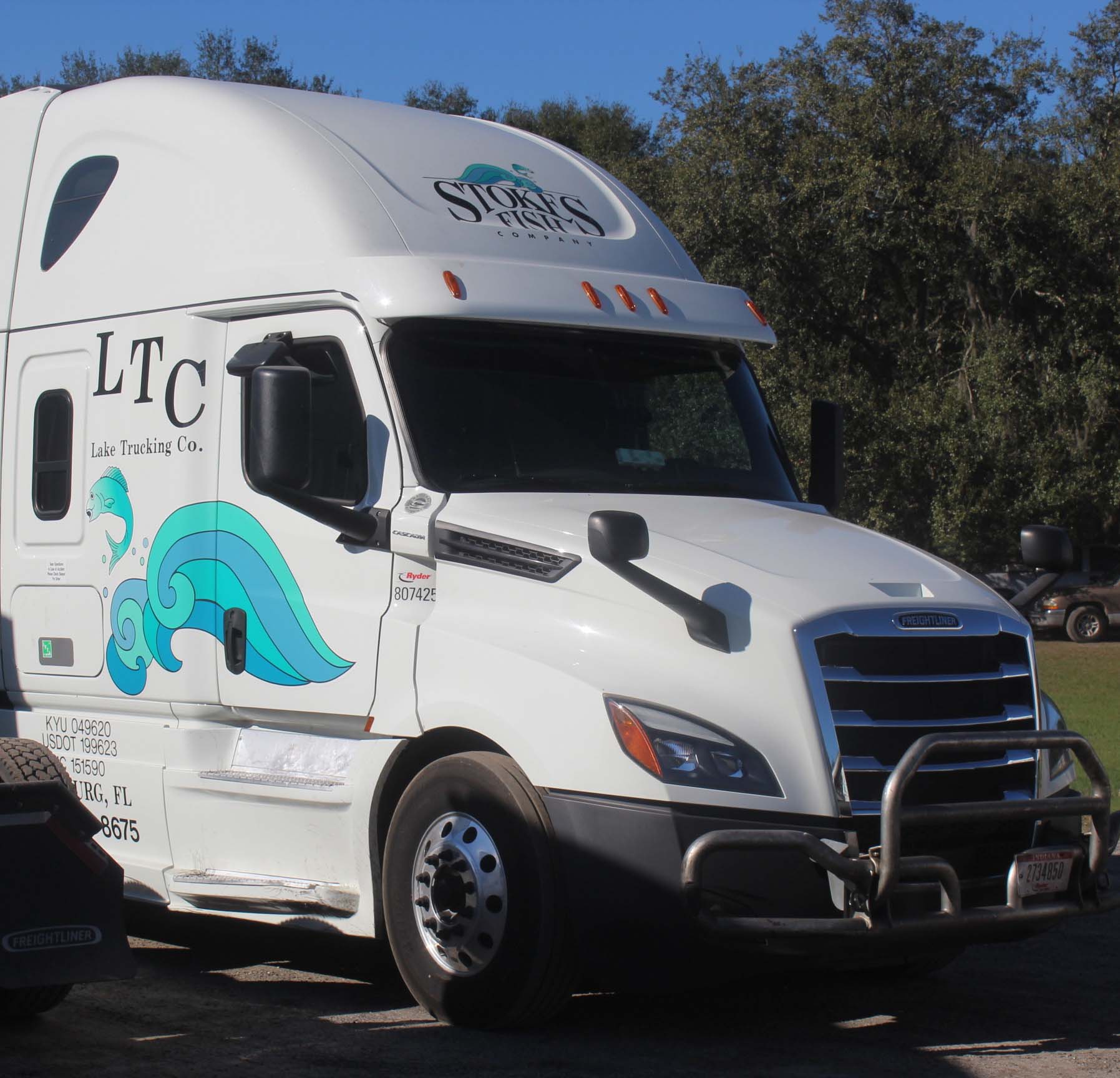 By owning the seafood company and the trucking company, we sit in a unique position to offer a very competitive edge over our competitors.
ABOUT LAKE TRUCKING With the advent of transport refrigeration in the late 1950’s, Stokes Fish Company, established in 1931, began to transport its own fresh seafood on refrigerated trucks to the Midwest United States. At that time, Stokes Fish Company specialized in wild catfish, Gulf shrimp and other seafood from the Florida waters.

In 1952 Beryl “Sonny” Stokes Jr. began working in his family’s business after serving in the Air Force as a commissioned officer. Sonny is still very active in the company and is currently the Chairman and CEO of the company. In 1961 Stokes Fish Company formed Lake Trucking Company as an ICC licensed trucking company. The ICC license provided a new entity that could not only move Stokes seafood, but other companies seafood as well, and could also transport other products back from the Midwest to Florida. 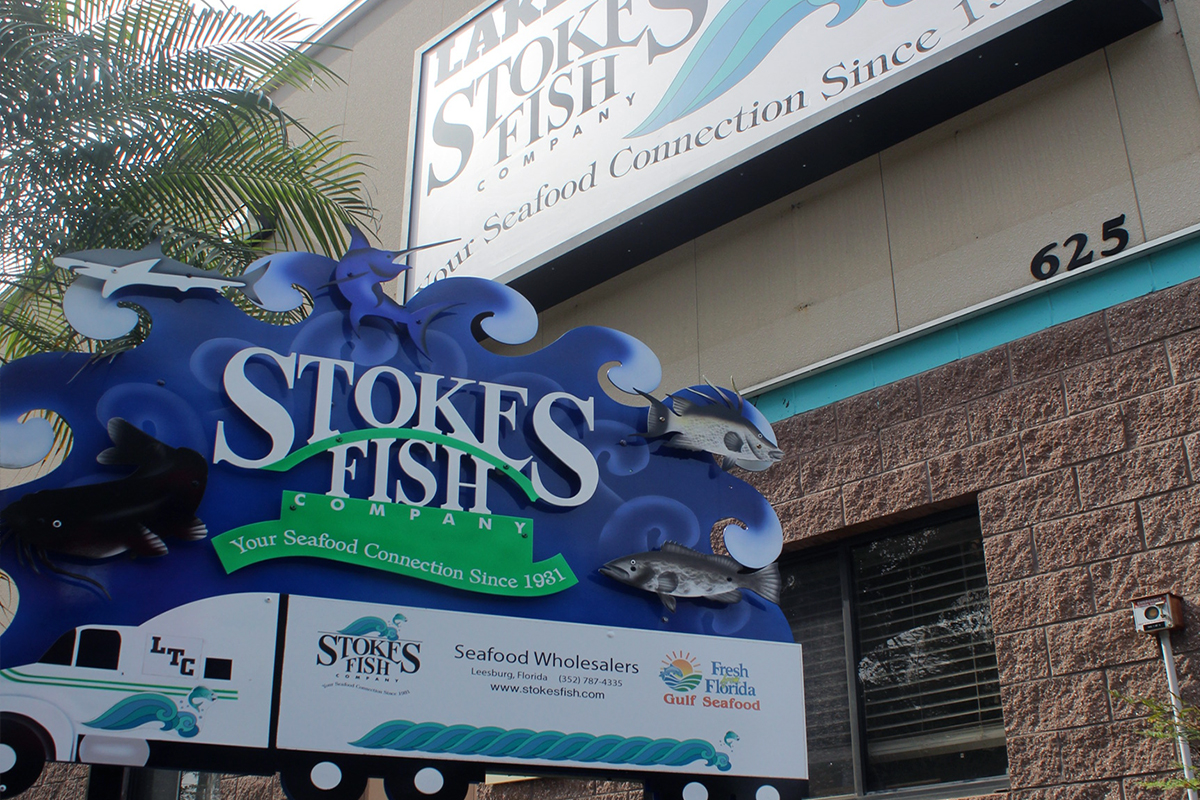 In 1961 Stokes Fish Company formed Lake Trucking Company as an ICC licensed trucking company. The ICC license provided a new entity that could not only move Stokes seafood, but other companies seafood as well, and could also transport other products back from the Midwest to Florida.

As the airline industry expanded in the 1970’s through 1990’s, the Miami International Airport became a major hub for all of the seafood flying in from South America, Mexico, Norway, and Scotland. As the seafood industry grew, so did Lake Trucking’s customer base and service territory. 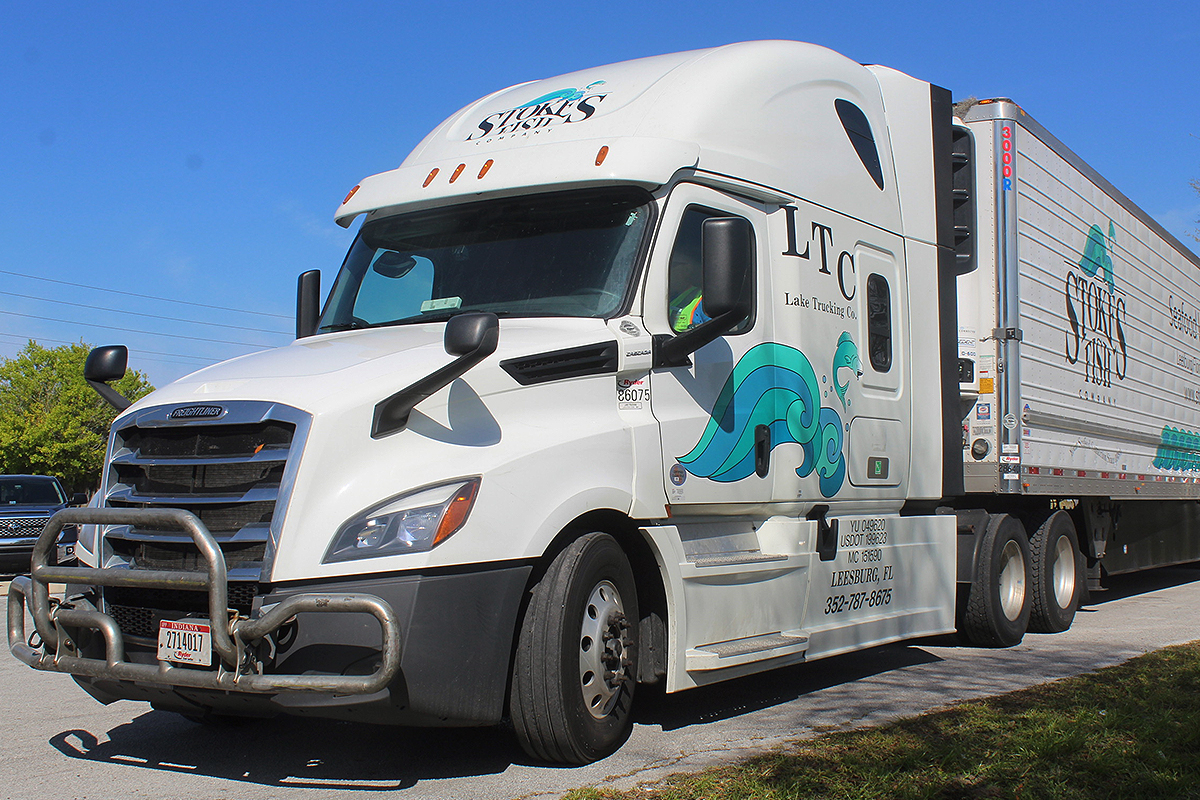 In 2003 Stokes Fish Company built a new state-of-the-art 20,000 square foot frozen and refrigerated distribution facility in Leesburg, Florida that it shares with Lake Trucking Company. Our facility houses an 8,000 square foot refrigerated cross-dock area and is fully compliant with the FDA’s HACCP and FSMA rules and regulations.

Lake Trucking’s main focus is rooted in the transportation of highly perishable products such as fresh seafood, fresh meat, produce and flowers.

Growth for Lake Trucking in the future will be very strategic in nature. Our long term goals are to grow through the expansion of new lanes and territories within the US and Canada. We are confident that our fifty plus years in transporting highly perishable products will provide new customers with the service levels and peace of mind that they expect and can count on.

In 2021 Lake Trucking will be expanding our company and facility to handle any 3PL (third party logistics) that you may need. There are many companies that ship product into Florida, but do not have the means to deliver their product. We welcome the opportunity to work with you to develop such a program for you.

Become part of the team! We are hiring! Apply Today.